Time:2016-09-28By:wendy
In most parts of Brazil, the climate is hot and sunny, and is suitable for coconut trees. According to statistics, the Brazilian existing 14 million coconut trees, planting area of ​​300,000 hectares, with an annual output of 1.5 billion coconut. Brazil Institute of Agriculture and animal husbandry researcher Ronaldo told the media that the Brazilian coastal areas planted a large number of coconut, coconut in the local is a kind of worthless things, and the roadside poplar, locust tree is no different. People drink coconut, readily discard the coconut shell as garbage, so every year a large number of coconut shell garbage. As coconut shells are large, and natural decomposition is slow, if not disposed of random disposal, will cause damage to the environment.

Coconut comprehensive utilization rate is high, if you can make full use of small coconut can also create new value. Coconut is the most common processing materials, coconut fat 60% to 70%, 8% protein, with high nutritional value, in addition to direct consumption, but also made of coconut powder, coconut sugar, coconut wine and other products . Coconut oil as a whole more than 60%, after processing can be used directly, in which the active ingredients such as lauric acid has a good health care function, with significant antibacterial, antioxidant and so on, which also makes coconut oil is widely used Medicine and health food processing. Coconut oil is not only edible oil, but also an important chemical raw materials, in the production of advanced soap, shampoo, cosmetics widely used. Coconut fiber can be made carpets, mattresses, car upholstery, noise board, rope, and so on. Coconut shell itself can be carved into a variety of crafts. In recent years, with the deepening of the development and utilization of coconut, coconut economic value-added is also increasing. 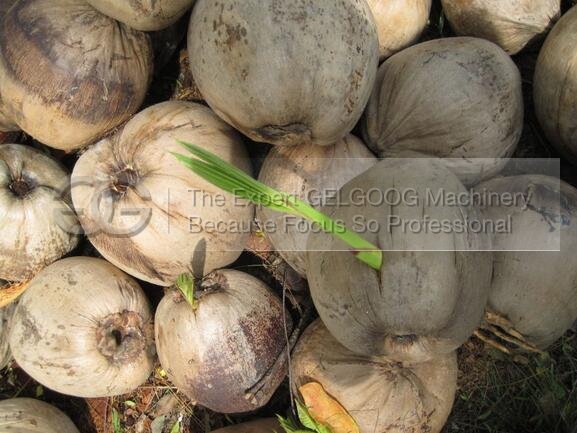