Time:2015-11-09By:wendy
Blood is made up of red blood cells, white blood cells, platelets and plasma.
The red blood cells are responsible for carrying oxygen and removing carbon dioxide (as a waste product) in the body with the help of a constituent protein -hemoglobin
Deficiency of these red blood cells in the blood OR the hemoglobin protein in the red blood cells is known as Anemia.
As a result the body doesn’t get enough oxygen-rich blood, causing the heart to work harder in pumping the adequate amount of blood required by the body, making you feel weak or tired.
Other symptoms may include shortness of breath, dizziness and headaches. 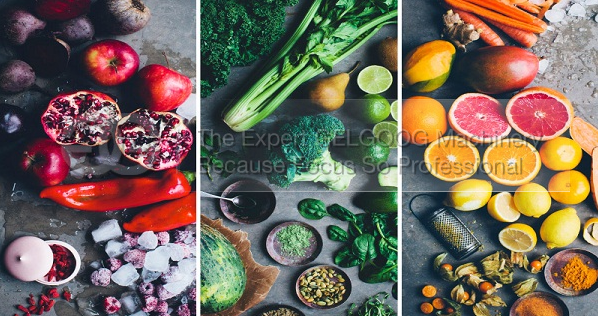 Tomatoes
Eating iron rich foods is of no use if the iron remains unabsorbed by the body, which can be complimented by eating foods rich in vitamin C. The vitamin C content in tomatoes is as high as 39 mg per 100g. Hence help in the effective absorption of iron by the body.
Tomatoes can be consumed in the raw form or as juice, consumed at least once a day.
It should be noted that consuming foods rich in vitamin C is of no use, if the daily dietary requirement of iron itself is not met. Vitamin C only helps effectively absorb the iron already present in the body.
What it means: Tomatoes are rich in vitamin C, which effectively helps in the absorption of iron already present in the body.
Soybeans
For people who follow a vegetarian diet, soybean is a good alternative to red meat and fish products.
Though soybeans contain non- heme iron, it is observed via studies that vitamin C and lean meat significantly enhanced the iron absorption of a soybean flour diet.
Soy is rich in B-vitamins and it was seen in a study that the iron absorption rate (21.8%) in children given diet containing fermented soy was significantly higher than that of children who weren’t given a diet containing soy (14.2%).
Hence not only are soybeans good in regeneration of hemoglobin but also good in enhancing the iron absorption capabilities of the body.
Soybean is very versatile and can be consumed in a varied number of forms – as soy milk, soy nuts, soy flour, tofu, soy protein or so beans itself. Soy milk is an excellent source of vitamin B12 too, which helps against pernicious anemia.
What it means: Soybean is a good substitute of iron for people following a vegan diet, with good contents of B-vitamins.
Pomegranate
Pomegranate is a rich source of vitamin C and small amounts of iron and Folate Hence Consumption of pomegranate helps in the iron absorption process.
Pomegranate may not be high in iron content, with other foods contain better amounts of iron but the vitamin C enhances iron absorption abilities and a 150g glass of pomegranate juice per day would be helpful in achieving a balance diet.
Pomegranate can be consumed as it is, in the form of a fruit (after removal of the peel) or by extracting the juice from the fruit. Though there will be a higher consumption of fiber, while consuming the fruit as it is.
What it means: Vitamin C content of pomegranate helps in the absorption of iron present in the body.