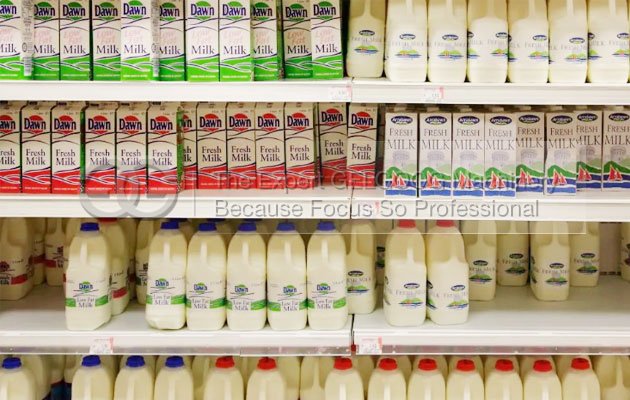 The usual practice of pasteurization is to warm the raw milk to 72-80 degrees Celsius for 3-15 minutes, so as to kill the harmful microorganisms in the raw milk as much as possible and preserve the taste and nutrition of the milk to the utmost and value. The working principle of the pasteurizing milk machine is the tuberculosis destruction curve and the thermal decomposition curve of the cream separation. It not only disinfects raw milk, but also plays a role in the fermentation process.
The ultra-high temperature sterilization method is to rapidly heat the raw material milk to a temperature of 135 ° C to 140 ° C through a heat exchanger in a continuous flow state for 3 seconds to 4 seconds, thereby achieving a commercial aseptic sterilization method. High-temperature short-time pasteurization is the use of special equipment to warm the raw milk to 135-140 degrees Celsius for 1-3 seconds to completely eliminate all microorganisms in the raw milk. However, the higher the temperature, the greater the damage to milk taste and  nutrients such as protein. Therefore, the taste and nutritional value of UHT milk is much worse than that of pasteurized milk.
Pasteurized milk market:
Pasteurized milk is the leading species in the global milk market. In the United Kingdom, Australia, the United States and Canada, pasteurized milk accounts for more than 80% of dairy products, including whole skimmed milk, semi-skimmed milk and whole milk. In the United States, almost all milk is pasteurized and packaged in large bags, which can cover the total milk consumption of the family for a week.
Pasteurized milk is popular around the world because it preserves the nutrition and flavor of fresh milk and eliminates bacteria. If you want to start a milk business,milk pasteurization machine is your essential choice. By the way, the pasteurization machine also can used for juice. 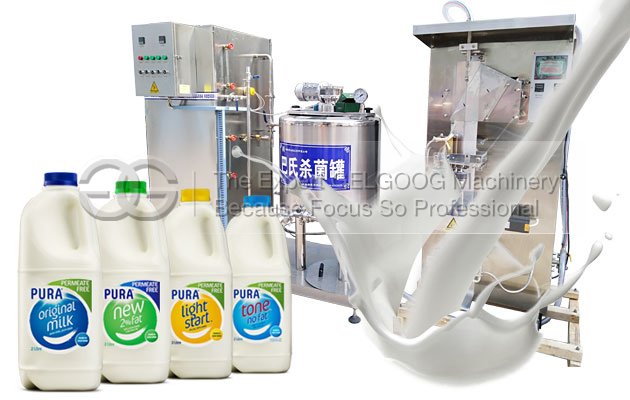 Purpose of pasteurization:
The raw milk produced by healthy cows is almost sterile, so the calf is okay. But for most people, the milk you drink must be sterilized. Because the milk is squeezed out, it is inevitably contaminated by various bacteria due to the presence of bacteria everywhere. The milk is squeezed out for temporary storage in the milk storage tank before it can be sent to the factory, and then it has to be transferred to reach the supermarket shelf and finally bought by the consumer. For such a long time, if the milk is not treated, the consumer has already gotten into the hand and has already deteriorated due to the proliferation of bacteria inside. Therefore, it is necessary to sterilize or sterilize the milk in the factory, and control the bacteria inside to a very low level by high temperature. At the same time, when the raw milk is put on for a long time, there will be a problem of fat floating. The homogenization process in the factory will make the fat in the milk into small particles, which can effectively prevent the fat from rising rapidly. The milk thus treated can have a long or short shelf life, so that the milk will not deteriorate when it reaches the consumer.
Leave Message For Price Thank you for visiting our site! Please feel free to submit this form with any questions or comments. We will answer your message within 24 hours.